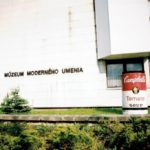 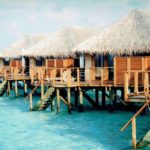 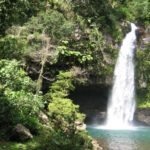 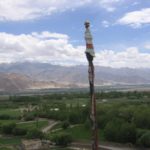 Passengering on a driving holiday around France

When people ask, “Did you face any special challenges driving around France?” I say, “None at all.” This is because I cannot drive. Passengering around France, however, I confronted several peculiar obstacles…

Off to Perth, Western Australia – Travel+Leisure

I’m wandering through downtown Perth to the Carrilon City shopping precinct, on a hot, clear morning. My eyes are continually drawn in two directions at once: up to the peaks of cocksure 20th-century skyscrapers and down to the gables of unassuming 19th-century chapels…

The morning I leave Gwinganna Lifestyle Retreat in the Gold Coast hinterland, my body feels like a warm, rubber doll…

On board the Hollywood Tragical History Tour (Los Angeles, USA)

If gawking at the grandiose homes of a bunch of overpaid movie stars sounds too, too tourist-trappy, maybe you’re ready for the darker, deadlier alternative…

A visit to the Andy Warhol Family Museum of Modern Art (Medzilaborce, Slovakia)

It’s my girlfriend’s birthday and she wants to go somewhere special. “But Auschwitz is special,” I insist. She says she had something more romantic in mind. Women, eh? I know just the place – the Valley of Death… 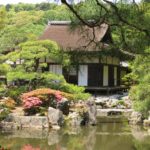 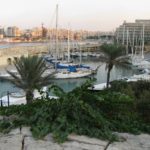 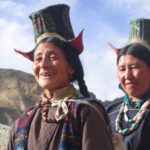 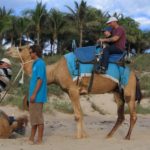 ‘Pack up your Troubles’

Tours of Belfast, Northern Ireland, with Republican and Loyalist guides

What do you do when your war is over, and the only adult job you have ever had is as a gunman? You can sit around the club singing rebel songs with old comrades, and drink Guinness until you die. You can reinvent yourself as a youth worker, a cautionary tale for teenagers drawn to violence. You can use your military skills as a gangster. Or you can become a tour guide to your own life…

‘A Bridge too Far’

Sorting fact from fiction at the bridge on the River Kwai

In the World War II Museum in the town of Kanchanaburi, Thailand, on the banks of a river that has become known as the Kwai…

Bangladesh: an uncharted land for adventurers to explore

I’d read warnings about travel in Bangladesh: the toilets are filthy, the kitchens are like toilets, and travellers will get sick. Hartals, or general strikes, regularly paralyse the state. In the villages, people are taken by Bengal tigers. But nothing filled my heart with quite as much fear as the item on day two of my Experience Bangladesh seven-day tour program…  CLICK FOR FULL STORY

‘How Peach Turned me into a Blue Possum’

After I stacked for the eighth time in 25 minutes, I realised I was not going to be able to teach myself to ski among the snowgums of Australia. I had fallen forwards, backwards and to both sides. I had landed on my wrists, my arms, my knees, my thighs and my shoulders. There were no new ways to fall. I asked a friend what I could do to improve my technique…  CLICK FOR FULL STORY

‘Hello, Get me Broome Service’

The week before we take our two-year-old son, Ben, to Broome, we eat with friends at his favourite restaurant: the one where he always gets a free gelato. “I don’t care what we do on holiday,” I say, “as long as Ben enjoys himself.” My friend asks: “So why don’t you just stay at home?”…  CLICK FOR FULL STORY

‘Puttin’ on the Blitz’

On a tour of London’s wartime landmarks, Mark Dapin finds the commentary twice as interesting as expected

At first, it looks as though I’m the only traveller to turn up for the London’s Burning walking tour, and the official City of London guide, Keith Warner, is clearly worried when I say I have to go and buy a sandwich. “You’re coming back, aren’t you?” he asks…  CLICK FOR FULL STORY

It’s hard to find any communism anywhere in Hungary, which is strange because there used to be heaps of it. Sure, there are decaying blocks of brutalist apartments and the countryside is scarred with factories built of cement and string – but the founding fathers of socialism have all disappeared…  CLICK FOR FULL STORY