Need a laugh or a cry? A selection from the popular columnist Mark Dapin

Mark Dapin has written hundreds of humorous, and sometimes sad, columns for The Guardian (UK), The Times (UK), The Herald-Sun (Melbourne), The Sydney Morning Herald, Grazia (Australia) and others. He was a regular weekly columnist for Good Weekend in The Sydney Morning Herald for five years (2007–2012), and now writes occasional columns for Adelaide’s The Advertiser. 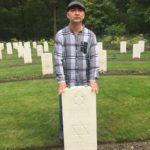 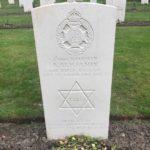 Abraham Benjamin had been dead for 102 years before I ever knew he’d lived. He plays no part in our family story – a bizarre compendium of “alternative  facts” that has my mum’s side descended from Captain Thomas Hardy…  CLICK HERE FOR FULL STORY

‘I wrote every sentence with Jeff in mind. Now he’ll never read it’

Surprisingly – since I am an idiot – I am writing a PhD. Last week, I submitted the final abstract of my thesis for my supervisor’s approval. That same morning, he died. He was 57 years old…  CLICK HERE FOR FULL STORY

‘Living under the Iron Lady’

I almost cried when I heard Margaret Thatcher had died, but I held back the tears, opened a bottle of beer, and listened to sad music instead. I used to say I grew up in Thatcher’s Britain, but it wasn’t Thatcher’s Britain and I didn’t grow up. Margaret Thatcher was prime minister from before I left school at 17 until after I left England at 26. The government was Thatcher like the chips were soggy, the beer was warm and the weather was rain… CLICK HERE FOR FULL STORY

I walked out of the pub and woke up in the back of an ambulance. I remember only a little of what happened in between. I noticed five men on the other side of the road, and I turned to my mate and said, “They’re those blokes we saw on the bus.” They walked over to us and the biggest of them – he had a butcher’s forearms and a boxing bulldog tattoo – said, “What did you say?” I repeated that I’d seen him on the bus. The next thing I knew, I was on a stretcher, being unloaded in the hospital car park. The bulldog bloke had hit me, then the rest of them had surrounded me on the ground, kicking me in the head. I had two black eyes and my nose had swollen across my face. My back was bruised, my knuckles were grazed…  CLICK HERE FOR FULL STORY

‘How Spiderman and Thor brought two generations together’

I can’t remember much about my life before I was 10 years old. It’s not that I’m trying to suppress any trauma. I can recall the hard parts clearly: my dad crying, my mum leaving, me and my brother starting a new life with her and her lover at the other side of the country. It was kind of upsetting, but I got over it. After all, I had Superman and Batman on my side, Spiderman and Captain America, the Fantastic Four and the Incredible Hulk.  CLICK HERE FOR FULL STORY

‘Whisky on the rocks’

As I passed through the duty-free shop on my way into Heathrow Airport, the question on my mind was which brand of whisky I should buy for my grandad. The answer was not easy to find, as my grandad has been dead for 25 years, and may well be unaware of more recent developments in the beverage market. What would he make of Johnny Walker Blue Label, for instance, at £190 a bottle?  CLICK HERE FOR FULL STORY