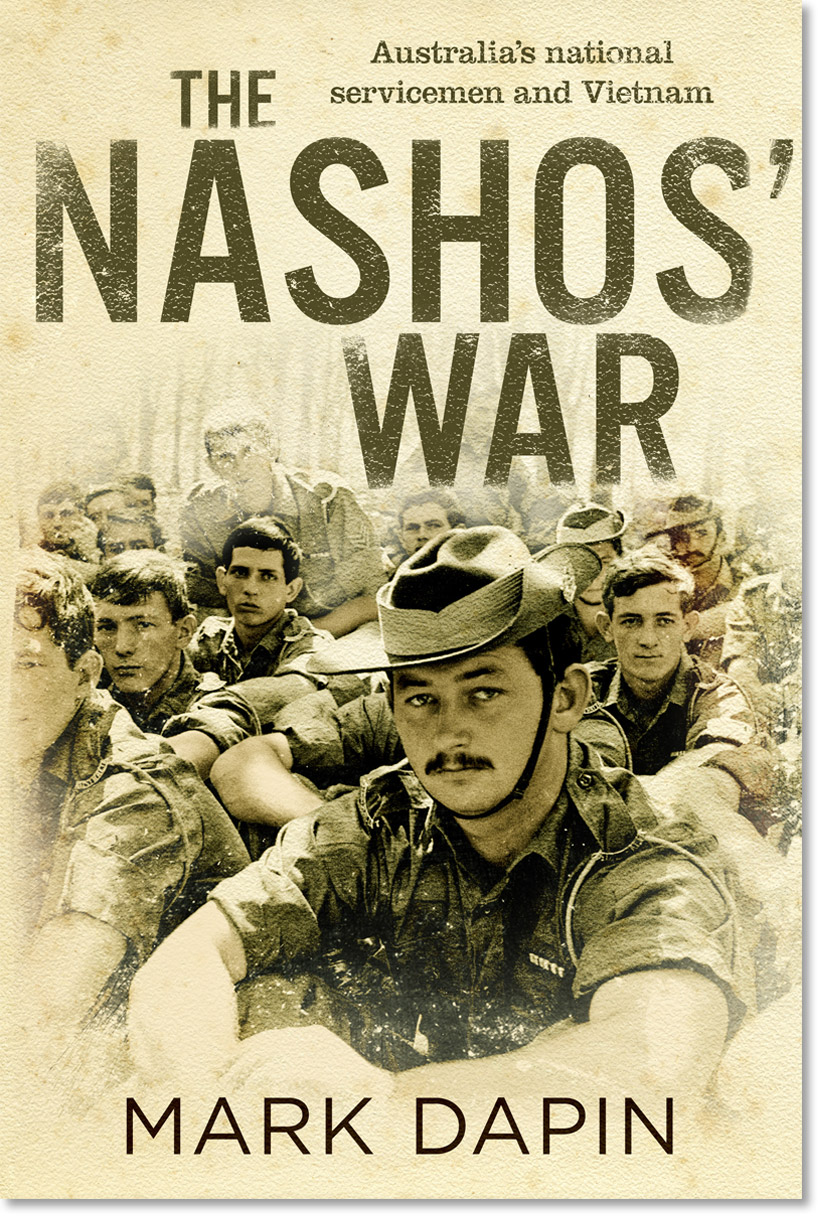 On 10 March 1965 the first nasho’s birthdate was drawn from a lottery barrel at the Department of Labour and National Service in Melbourne. Over the next seven years, a total of 63,740 young Australian men would be drafted into the army and face the prospect of being sent to war.

The nashos came from all walks of life: plumbers and dentists, footballers and musicians, Christians and Jews, willing and unwilling. Some spent their two years square-bashing in Singleton. Others went to Vietnam to fight — and die — in Australia’s bloodiest battles, including the slaughter at Long Tan.

But our ideas of national service contain strange contradictions and inaccuracies: that the draft was unpopular but militarily necessary; that the nashos in Vietnam all volunteered to go to war; and that they were met by protesters and demonstrations on their return to Australia, rather than the huge welcome-home parades reported at the time.

Here, Mark Dapin dramatically deconstructs the folklore of Vietnam and national service. Drawing on the accounts of over 150 former national servicemen, The Nashos’ War tells a vastly more personal and nuanced story of national service and Australia’s Vietnam War than that previously heard. Most powerfully, it records with extraordinary intensity what it was like to be a bank clerk one day, and fighting for your life in the jungles of Vietnam soon afterwards.

Winner of People’s Choice Award and Alex Buzo Shortlist Prize in The Nib Waverley Library Award for Literature 2015
What the judges said: “[The] stories, collected here, amount to a more complete view of Australia’s participation in the Vietnam war than has previously been published, simply because Dapin has presented the facts as he found them, without allowing any preconceptions to slant his research. It helps, also, that he is a fine and precise prose stylist.”

Shortlisted in NSW Premier’s Literary Awards 2016 for the Douglas Stewart Prize for Non-fiction
What the judges said: “In The Nashos’ War Mark Dapin has written an enthralling history of the Vietnam War from the perspective of the young Australians who were conscripted to fight in it. Composed with a novelist’s flair for narrative, an eye for character, and a deep respect for the fearful drama of combat, it is an exemplary instance of history from below. Dapin has drawn on the conscripts’ surviving testimonies to fashion a vivid, humane and personalised account of their dislocating and often harrowing experiences.

The Nashos’ War also provides a lucid explanation of the wider political context of the Vietnam conflict and is even-handed in considering the broader issues. On this point, The Nashos’ War is notable for its reassessment of many popular notions about how the war was perceived domestically. It ultimately challenges the idea — embraced in different ways by both the left and right of politics — that Australian veterans faced undue and widespread hostility upon their return. Dapin’s powerful and compulsively readable book brings to life one of the most controversial events in modern Australian history.”

Longlisted for 2015 CHASS Australia Prize for a Book