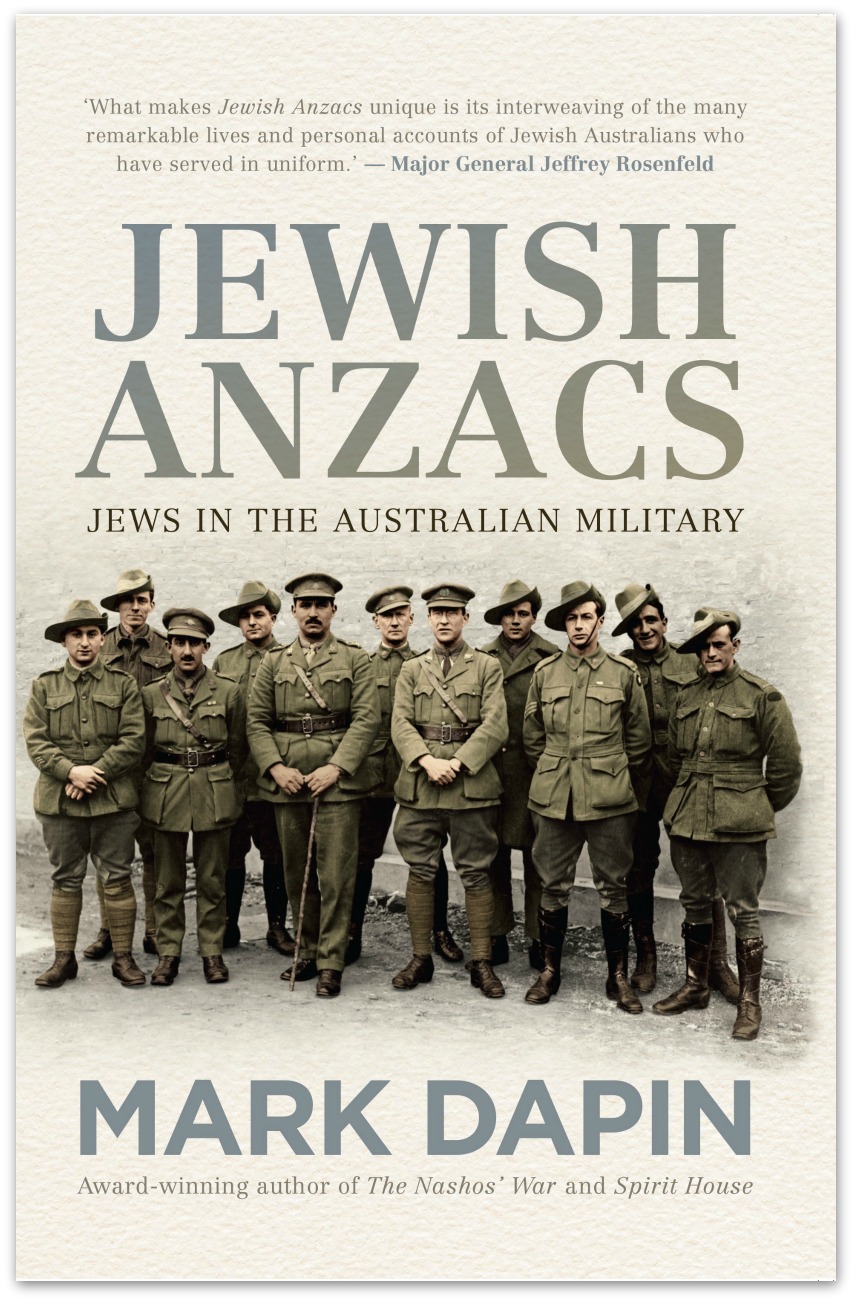 A landmark history of Australian Jews in the military, from the First Fleet to the recent war in Afghanistan.

Over 7000 Jews have fought in Australia’s military conflicts, including more than 330 who gave their lives. While Sir John Monash is the best known, in Jewish Anzacs acclaimed writer and historian Mark Dapin reveals the personal, often extraordinary, stories of many other Jewish servicemen and women: from air aces to POWs, from nurses to generals, from generation to generation.

Weaving together official records and interviews, private letters, diaries and papers, Dapin explores the diverse lives of his subjects and reflects on their valour, patriotism, mateship, faith and sacrifice.

“A serious, well-researched book full of poignant stories that contribute to Australian history … Dapin uses remarkable unpublished diaries and letters to develop the historical story. Later chapters based on interviews are equally compelling. He weaves together the Jewish context, individual experiences and military events.” – The Australian

“In the expert hands of Mark Dapin we learn about the remarkable Colonel Walter Karri Davies … In less capable hands, this could have been a simple recitation of character and circumstance, but Dapin shapes a broader narrative that captures the horrendous attitudes to Jews as well as the broader social history.” – Hobart Mercury

Listen to Mark talk about Jewish Anzacs on ABC Radio National’s Sunday Extra HERE and The Spirit of Things HERE.